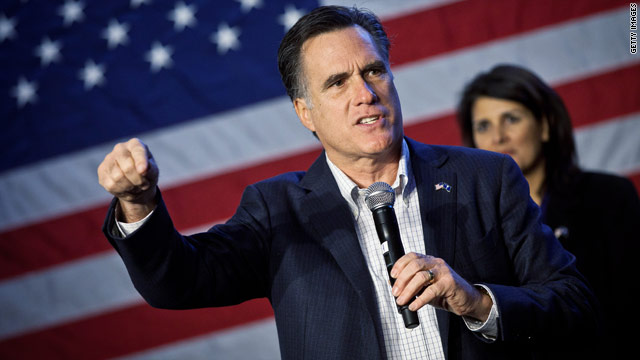 Manchester, New Hampshire (CNN) - For the second time in two days, Mitt Romney's campaign reinforced its message of electability by bypassing his GOP rivals and going after President Obama on the airwaves in the state.

Romney is all in for South Carolina, and his efforts may be paying off in a state where some conservatives see the last chance of halting his walk to the GOP nomination.

On Friday the campaign released a radio spot, called "Free Enterprise," that criticizes Obama for his actions regarding union operations. The ad, similar to a TV ad the campaign released a day earlier, cited a disagreement between the National Labor Relations Board and the Boeing Corporation over moving facilities to South Carolina, a so-called "right to work" state.

"Gov. Nikki Haley called it a 'direct assault on everything we know America to be' and Mitt Romney agrees," the ad said, referring to the state's governor, a high-profile Romney supporter.

The spot also hit Obama for three controversial recess appointments he made this week to the NLRB.

Romney just ended a day-long swing through South Carolina, accompanied by Haley and the man who carried the state in the 2008 GOP primary - Sen. John McCain.

The visit came just days before New Hampshire's primary, which Romney has long been expected to win handily, and broadcast the campaign's focus on raising its numbers in South Carolina.

Meanwhile, candidates with a larger following among social conservatives were also concentrating on South Carolina.

Back in New Hampshire, Romney will be joined at campaign events by Haley and two other high-profile supporters: Govs. Tim Pawlenty and Chris Christie.