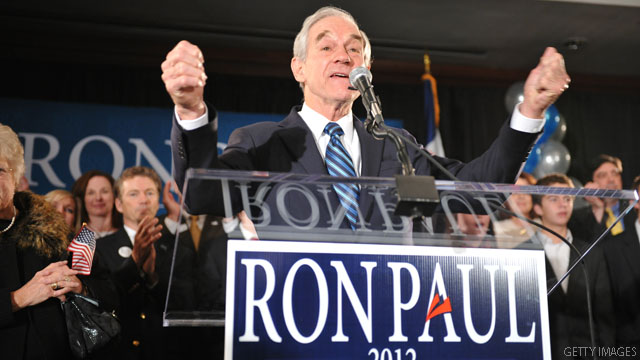 The five-page mailing, given to CNN by a Republican who received it this week, also attacks Rick Perry’s immigration record and dings Mitt Romney’s “flip-flops on abortion” and his support for “state-run health care” in Massachusetts.

But Gingrich, a former House Speaker vying with Paul for conservative votes, is the main target.

Reprising attacks that have surfaced in other Paul mailings and web videos, the Texas congressman paints Gingrich as a closet liberal.

“Newt Gingrich has a long record of liberal appeasement, flip-flopping on key issues, and lobbying for insider millions,” the letter reads. “I have rarely seen a candidate who represents so much of what is wrong with Washington and what is wrong with our political system."

As in 2008, the Paul campaign has waged the most aggressive South Carolina mail campaign of any Republican candidate. The latest mailer is at least the fourth one sent out in the state under the candidate’s name.

Literature from the Romney campaign also landed in South Carolina mailboxes on Thursday.

In keeping with Romney’s national strategy, the glossy mailer avoids mention of his GOP opponents and keeps the focus on President Barack Obama.