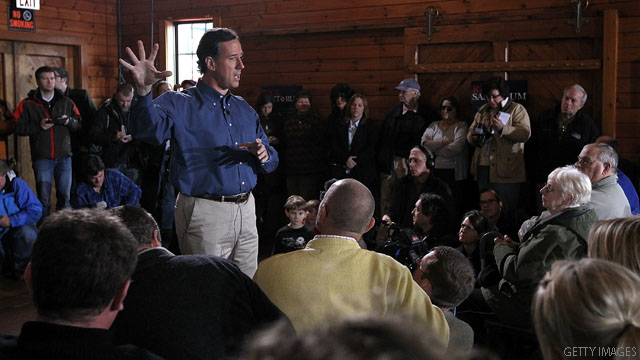 The former senator from Pennsylvania's presidential campaign confirms that they've raised over $2 million in fundraising the past two days. Santorum, once an afterthought in the race for the Republican presidential nomination, fell just 8 votes short of former Massachusetts Gov. Mitt Romney in the caucuses.

Campaign cash is crucial for candidates, as it pays for ads, direct mail, get out the vote efforts, travel, and organization. But it's not everything. Case in point: Rick Perry's campaign had $15 million in the bank as of Oct. 1, but thanks to debate stumbles by the Texas governor, Perry's poll numbers dropped and he finished a disappointing fifth place in Iowa.

CNN has also learned that the Santorum campaign will go up with full page ads in the next day or two in New Hampshire and South Carolina newspapers. New Hampshire's Tuesday primary is the second contest in the primary and caucus calendar, following Iowa. South Carolina goes third, holding its primary on Jan. 21, eleven days after New Hampshire.