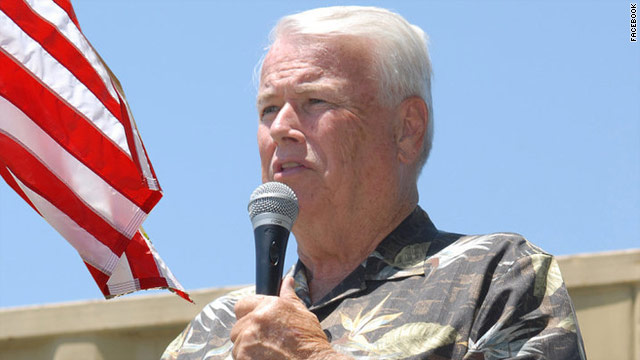 (CNN) - Republican Rep. Elton Gallegly of California will not seek re-election and plans to retire at the end of his term, his office announced Saturday.

"Serving in Congress and representing my home for 25 years is the greatest experience I could have ever asked for," the 13-term congressman said in a statement. "Working with our country’s leadership on a daily basis in striving to move toward a better, stronger and more vibrant America for more than two decades has been a dream come true. The decision to step aside at this time did not come lightly."

As vice chairman of the House Foreign Affairs Committee, Gallegly has been a vocal advocate against illegal immigration.

He's known for the so-called "Gallegly amendment," which he introduced to the Illegal Immigration Reform and Immigrant Responsibility Act in 1996. The provision would allow states to refuse public education to undocumented students. While it passed the House, the amendment was removed in the Senate after sharp opposition by President Bill Clinton and Senate Democrats.

In 2006, a leading conservative magazine, Human Events, named Gallegly one of the Top Ten Illegal Immigration Hawks in Congress. His office also points to his induction into the U.S. Border Control Hall of Fame.