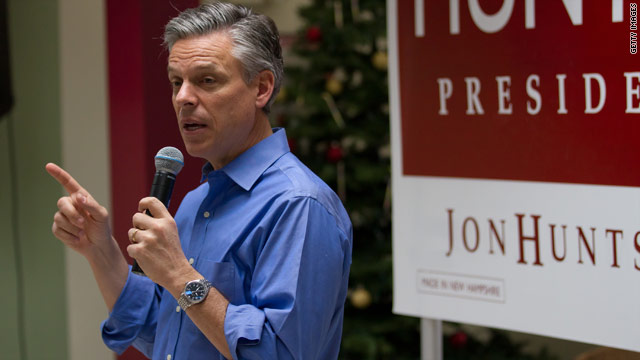 Hanna has followed Huntsman's campaign with interest and originally spoke with the former Utah governor last month, according to one Hanna aide. The congressman was unavailable for comment Saturday.

The aide said Hanna came to support Huntsman in part because of the candidate's push for better education in the fields of science, technology, engineering and math.

However, the two Republicans also share some similarities in their independent approach to party orthodoxy. In Congress, Hanna is a member of both the conservative Republican Study Committee and a caucus that promotes equality for gays and lesbians.

Hanna is one of a handful of congressional Republicans who have not signed a pledge to automatically oppose any legislation that might raise taxes.

In his stump speech, Huntsman frequently vows not to "sign silly pledges" as he campaigns for the GOP nomination.

Huntsman has run a shoe-leather campaign in New Hampshire, aiming to win by wooing voters on a personal level and forging ahead without the big-name, big-dollar support enjoyed by some of his rivals.