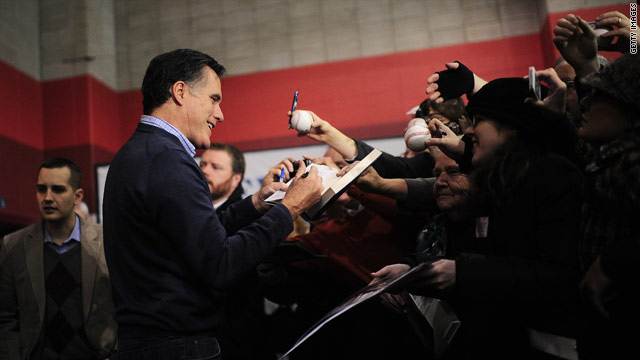 In a letter blasted out by Romney's campaign on Saturday, the ambassadors lauded the former Massachusetts governor for understanding "the importance of strong families as pillars of a vibrant economy and a flourishing polity."

The endorsement comes as a knock against Rick Santorum and Newt Gingrich, two candidates who don't shy away from talking about their Catholic faith on the campaign trail.

"We recognize the importance of family and traditional values in American life," the former ambassadors wrote. "We also share the conviction that Governor Romney has the experience, vision and commitment to the common good that our country needs at this crucial moment in history."

The former ambassadors–Thomas Melady, Ray Flynn, James Nicholson, Francis Rooney and Mary Ann Glendon—added that Romney is the most qualified candidate among the GOP field, based on his “experience, intelligence and integrity.”

Two of them—Flynn and Glendon–have lived in Romney’s home turf of Massachusetts, with Flynn having once served as Boston mayor

The letter includes no mention of Romney's Mormon faith, a point of contention brought up by some evangelical Christians in this election cycle, as well as during Romney's first bid for president in 2008.

Notably, a Dallas pastor stirred controversy in October when he called on Christians to vote against Romney because of his religious beliefs, urging them instead to vote for a "Christian" and referred to Mormonism as a "cult." The pastor, however, conceded that he would vote for Romney if he becomes the nominee, although holding his nose while doing so.

Members of the Church of Jesus Christ of Latter-day Saints identify themselves as Christians.