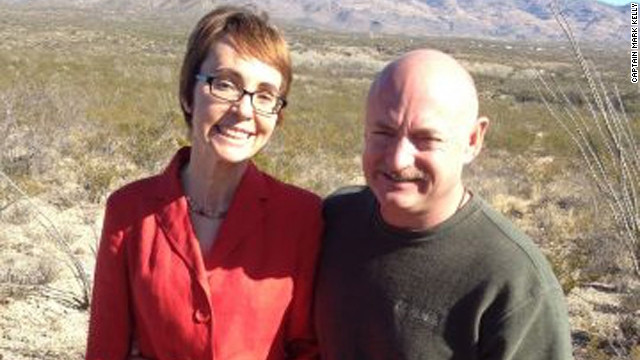 Tucson, Arizona (CNN) - Rep. Gabrielle Giffords talked with President Barack Obama on Sunday, the one-year anniversary of a southern Arizona shooting rampage that left her and 12 others wounded and six people dead.

The congresswoman will be among those marking the somber occasion by attending a vigil Sunday night on University of Arizona's campus, one of several such memorial events in recent days. 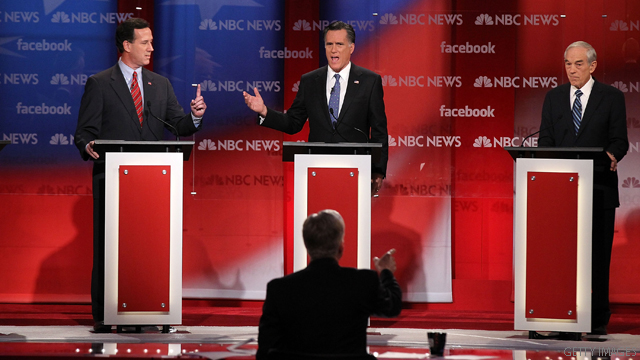 (CNN) – CNN's Truth Squad fact-checked some of the assertions made by Republicans candidates during Sunday's NBC News/Facebook debate, which aired on NBC's "Meet the Press" program.

For the verdict on each question, click the headline:
END_OF_DOCUMENT_TOKEN_TO_BE_REPLACED

McCain to Perry: It's too late to go back into Iraq

Washington (CNN) - Republican Sen. John McCain said Sunday it was a mistake to pull all U.S. troops out of Iraq, but would not back comments from GOP presidential candidate Rick Perry about sending American servicemen back to the country.

In response to a statement by Perry during a primary debate Saturday, McCain told CNN, "the moment and window of opportunity [to keep troops in Iraq] has now been closed."
END_OF_DOCUMENT_TOKEN_TO_BE_REPLACED 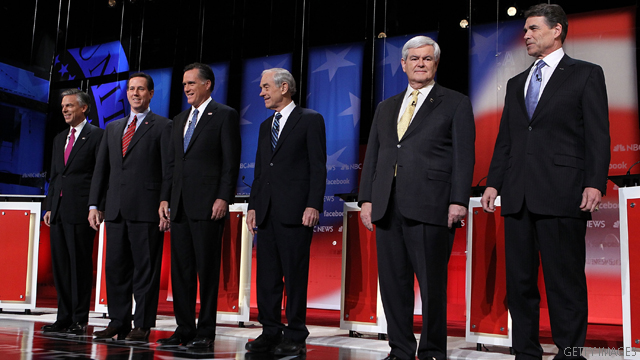 Everybody gets their follow-up

There's been a lot of grousing about the back-to-back debate schedule but, in fact, the candidates seemed to relish the chance to follow up on their performances Saturday night. 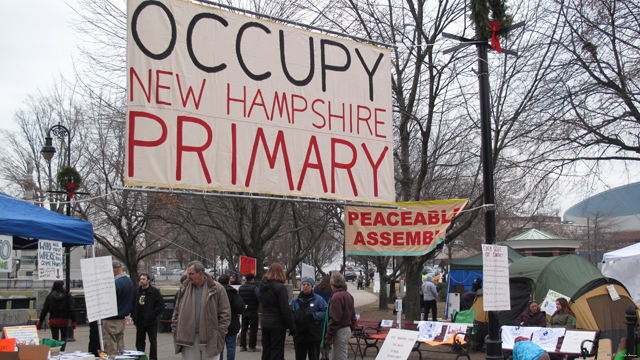 Manchester, New Hampshire (CNN) - The closer we get to the polls opening in New Hampshire, the more colorful characters you see in the streets trying to get their messages out.

Three men on horseback carrying a large, homemade Ron Paul banner through downtown Manchester stopped at Veterans' Memorial Park on Elm Street Saturday, home to the "Occupy the Primary" encampment. Supporters of the Republican presidential candidate and Texas congressman spoke with a few protestors about the primary and the current state of politics.
END_OF_DOCUMENT_TOKEN_TO_BE_REPLACED

(CNN) - Democrats kept their eye on GOP hopeful Mitt Romney Sunday, singling out the Republican frontrunner for his record at a private investment firm and providing further evidence Democrats see the former Massachusetts governor as the strongest candidate in the Republican field.

Rep. Debbie Wasserman Schultz, chairwoman of the Democratic National Committee, took Romney to task for what she said was an inconsistent record while defending her organization's relentless stream of anti-Romney videos and memos, saying the candidate deserved the onslaught.
END_OF_DOCUMENT_TOKEN_TO_BE_REPLACED

Axelrod, a senior adviser for the president's reelection effort, touted milestones in Obama's first term including the end of the war in Iraq, the death of Osama bin Laden and the declining leadership of al Qaeda to prove the president is a strong commander in chief and hit his potential GOP rivals.
END_OF_DOCUMENT_TOKEN_TO_BE_REPLACED 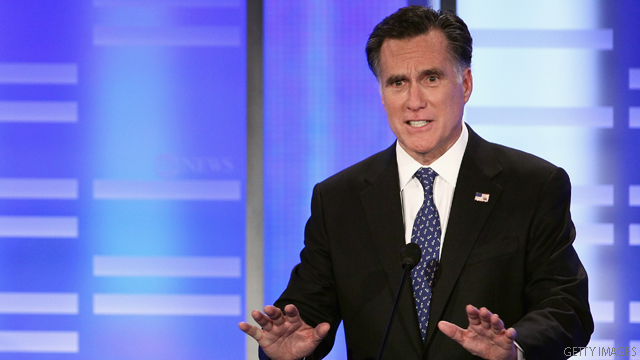 In heated exchanges with former House Speaker Newt Gingrich and former Pennsylvania Sen. Rick Santorum, Romney defended his record when he was governor in neighboring Massachusetts.

Video: Huntsman: "We have to show big"

(CNN) - GOP hopeful Jon Huntsman talks about the future of his campaign ahead of Tuesday's New Hampshire primaries. 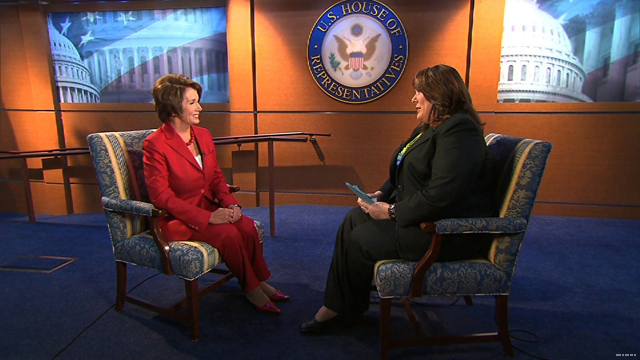 During an interview broadcast Sunday on CNN's "State of the Union," the former House speaker said the president is right to wage a race against the Republican majority in the House.
END_OF_DOCUMENT_TOKEN_TO_BE_REPLACED