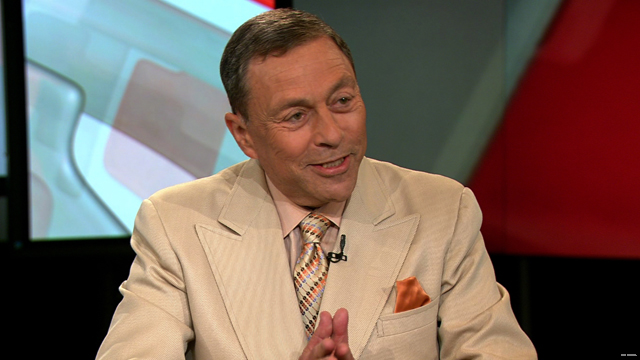 Washington (CNN) - Tony Blankley, the conservative author and commentator, has died. He was 63.

Blankley was a frequent guest on CNN, appearing often on the programs "The Situation Room with Wolf Blitzer," "John King, USA," and "State of the Union" to offer analysis and perspective on the day's news.

In addition to his work at Edelman, Blankley was a visiting senior fellow in national security communications at The Heritage Foundation.

Blankley's death was first reported by his former employer, The Washington Times, where he was the newspaper's editorial page editor for five years beginning in 2002.

During the 1990s, Blankley served as press secretary to former House Speaker Newt Gingrich. In that role, Blankley helped craft the speaker's public message, including developing the Contract with America.

Gingrich responded to his passing while campaigning for the GOP presidential nomination Sunday.

"Tony was a very special person," Gingrich said. "Everybody in our alumni who have heard about it have felt something in their hearts because he was more than a great professional. He was a great human being, he was a caring and loving person, he was a tremendous amount of fun, remarkably erudite and educated, and we will all miss him deeply."

"He brightened our world with his colorful sartorial style, good humor and wonderful story-telling," Rehg said. "He was someone who truly fit the definition of a scholar and a gentleman. We were blessed to have had his wisdom, generous spirit and good company as part of our work family. We will miss him terribly."

Born in London in 1948, Blankley became a naturalized American citizen when he moved to the United States with his parents after World War II. In the 1950s, Blankley worked as a child actor, appearing as Rod Steiger's son in "The Harder They Fall," and in an episode of "Alfred Hitchcock Presents."

Blankley attended the University of California Los Angeles and earned a law degree from Loyola Law School. He spent 10 years as a prosecutor in California before moving to Washington. There, Blankley served in the administration of former President Ronald Reagan as a speechwriter and senior policy analyst.