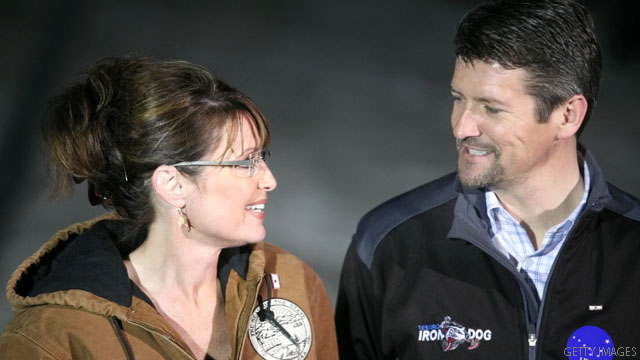 At an early afternoon Rotary Club meeting in Nashua, New Hampshire, Gingrich said he just learned of the developments.

"About 20 minutes ago I got a very nice phone call from Todd Palin, Sarah's husband, and he indicated he was going to endorse me today," Gingrich said.

The 2012 GOP hopeful later sent out a message on his Twitter account, saying, "Honored to be endorsed by Todd Palin. President Obama has failed. We need a Bold Reagan Conservative in the WH."

Gingrich's message linked to an article on the website of ABC News, which first reported Todd Palin's endorsement.

In a statement released by Gingrich's campaign, Palin touted the candidate's leadership skills.

"Newt Gingrich is a true leader, which he has proven not only since the beginning of his campaign, but throughout his career," Palin wrote. "Just like Sarah, Newt has faced many successes and challenges. Despite his consultants leaving him last summer, Newt is still standing because of his ideas and his success in the debates – not by spending millions of dollars in campaign ads."

Todd Palin, often referred to as the "First Dude" by his wife when she was serving as Alaska's governor, has long served as one of Sarah Palin's closest political advisers.

Sarah Palin has yet to publicly endorse a candidate.