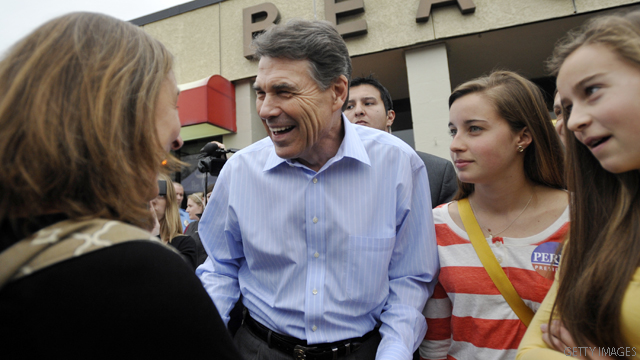 Well, Rick Perry is making dreams come true, and enlisting a donation, the requested amount of which takes aim at the private sector record of the former Massachusetts governor.

The downloadable ring tone plays Romney's words "I like being able to fire people" on repeat and was offered to supporters through his website Monday.

At a campaign event earlier Monday, Romney responded to a question about health care by saying, "I like being able to fire people who provide services to me."

Romney's GOP opponents, including Texas Gov. Rick Perry, quickly capitalized on the remark by enlisting donations of $22 to represent the 22% of companies Romney bought while an executive at Bain Capital that they claimed went bankrupt.

"Although the scores of employees he laid off know Romney all too well, voters are just now meeting the Real Romney – the buyout tycoon who executed takeovers, bankrupted businesses, and sent jobs overseas while killing American jobs," read a statement on Perry's website. "Will you donate $22 – the percentage of companies Romney sent into bankruptcy?"

Romney has repeatedly defended his private sector history as an example of free enterprise, where some businesses succeed and others fail. The White House contender also pushed back on his rivals for their mockery over his firing comments, saying they were proof that "free enterprise is on trial."