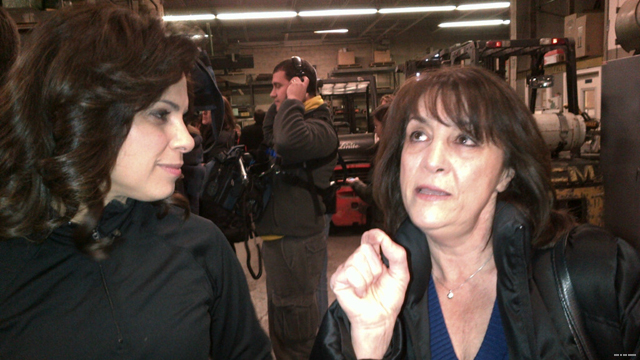 Manchester, New Hampshire (CNN) - Mary Tourlitis decided to spend Monday visiting every event of every Republican's event. She volunteered for Hillary Clinton's campaign but left "hurt and bitter" after she lost.

Now she's an independent in search of a candidate. "So far I'm leaning towards Romney because other than 'Romneycare,' which is different than 'Obamacare' because states can make their own decisions," she said. "Because of his business expertise and his ability to run companies and his foreign policy experience."

She can't imagine voting for Obama because she didn't feel like he had the experience "and I still don't." She feels like Obama got an easy ride from the media "because they were using the race card. It wasn't his time"

The Republicans are their choice because of their standing on fiscal matters, not the social issues she sees some candidates focusing on. "I'm not into social issues, pro-life, pro-choice, the gays, I think people have a right to make their own decisions. I care about jobs, the economy, the future."

She just isn't clear yet she said which one has the best plan. She has just one day to decide.