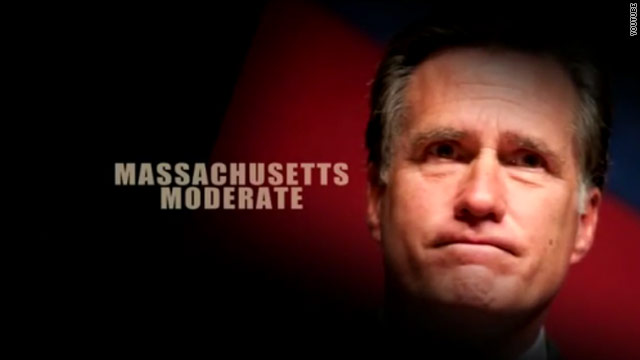 The spot, called "Changed," features a female narrator ticking off claims about Romney's abortion record over photos of the GOP hopeful.

"What happened after Massachusetts moderate Mitt Romney changed his position from pro-abortion to pro-life? Romney appointed a pro-abortion judge, expanded access to abortion pills, put Planned Parenthood on a state medical board but failed to put a pro-life group on the same board. And Romney signed government-mandated health care with taxpayer-funded abortions," the narrator says.

The ad closes with a line Gingrich has often employed on the campaign trail to describe his competitor: "Massachusetts moderate Mitt Romney: He can't be trusted."

The Gingrich campaign's first ad going after Romney – "Bold vs. Timid" – began airing in South Carolina and New Hampshire Friday. It marked a shift in the former House speaker's campaign, which originally pledged to maintain a positive message.

Since his fourth-place finish in Iowa, Gingrich has taken a more negative tone when talking about Romney, labeling him as a "liar" in an interview and attacking his record as CEO of the private investment firm Bain Capital.

An independent super PAC supporting Gingrich has also hit South Carolina airwaves, spending more that $3 million to run anti-Romney ads in the Palmetto State. A super PAC sympathetic to Romney has pledged $2.3 million in ads to counter the offensive.