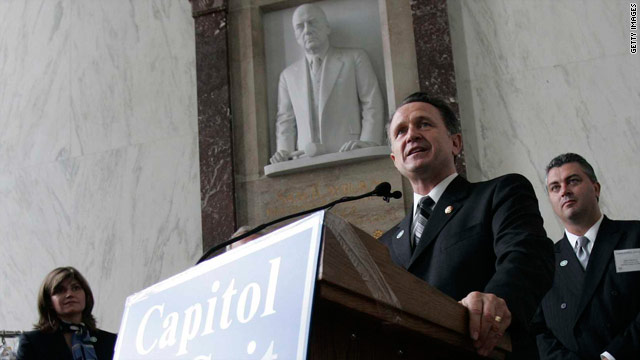 (CNN) – Republican Congressman Wally Herger of California announced Tuesday that he will retire from the House of Representatives at the end of his 13th term.

"I have been blessed with the privilege of serving my community, district, state and country for 35 years and being part of some of the most important events in our nation's history," Herger said, according to a released statement.

He has served the 2nd District of California since 1986 and currently chairs the Health subcommittee of Ways and Means.

Herger, who became a member of the Tea Party Caucus in 2010, joins ten other GOP congressmen ending their House careers–seven of whom are seeking other offices with a total of 11 open Republican seats.

Republicans currently hold a 242-192 advantage in the House of Representatives. Democrats are battling to regain control of the chamber, but will need a net gain of 25 seats to do so.

A special election will be held in Oregon on January 31 to fill the 1st District seat of former Rep. David Wu, a Democrat who resigned in August 2011.

Nine House Democrats have announced plans to retire. Eight more are running for other offices, leaving a total of 17 open Democratic seats.