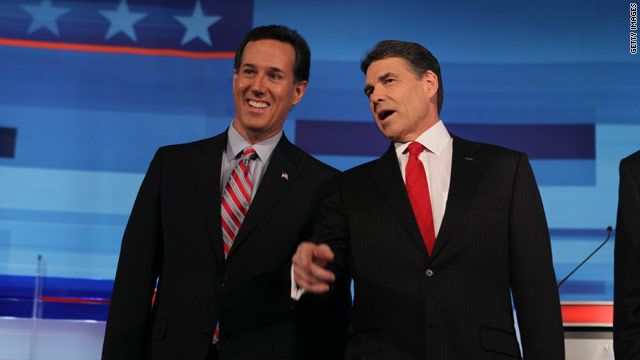 (CNN) - Four candidates suing the Commonwealth of Virginia for access to the state's Republican primary ballot gained an incremental victory Tuesday after a judge blocked the mailing of absentee ballots.

In the temporary order Tuesday, U.S. District Court Judge John A. Gibney Jr. said the provision excluding non-Virginians from gathering signatures for candidates was likely to be deemed unconstitutional.

"The court finds that there is a strong likelihood that the Court will find the residency requirement for petition circulators to be unconstitutional," Gibney wrote in the order. "The authorities make clear that circulating petitions for candidates is a form of protected speech, and that the Commonwealth has a heavy burden to justify the restriction on speech by showing not only that the limitation achieves a valid state interest but also that the limitation is no broader in scope than necessary to achieve that purpose."

Perry, who filed the original lawsuit, claimed the restriction on out-of-state petition gatherers limited free speech, and would even disallow the candidate himself from collecting the 10,000 signatures required to appear on Virginia's primary ballot.

Giving the court's likelihood of finding the residency provision unconstitutional, Gibney ordered the Virginia State Board of Elections to stop printing and mailing absentee ballots.

"If absentee ballots are printed, and particularly if they are mailed, it will impair the Court's ability to enter an order granting relief to the plaintiffs," Gibney wrote.

He also said it would "confuse" voters if two versions of the ballot were mailed.
The hold on printing and mailing absentee ballots came after a conference call with the candidates' lawyers and counsel for the Virginia State Board of Elections. A formal hearing is scheduled for January 13.

Perry and Gingrich both filed petitions with the Virginia State Board of Elections in December in the hopes of appearing on the Republican primary ballot. Both were ultimately rejected the Republican Party of Virginia, which said the petitions didn't meet the state's requirements.

Huntsman and Santorum did not file any petitions with the elections board.