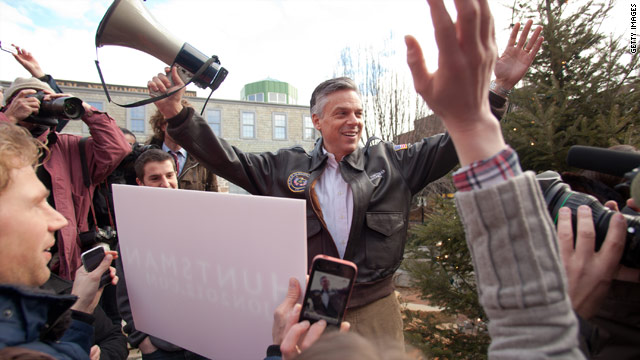 (CNN) – Mitt Romney and Jon Huntsman finished on top of the iconic Dixville Notch midnight vote on Tuesday by each capturing two of the six Republican ballots cast.

Romney and Huntsman finished just ahead of the one vote that Newt Gingrich and Ron Paul won.

After lining up in a small ballroom at the Balsams Grand Resort Hotel, four independents, three Republicans and two Democrats walked up to a large wooden ballot box and dropped their votes in. They were then counted and the votes were posted in an adjacent room. The whole process took under 10 minutes.

A small New Hampshire hamlet just 20 miles south of the border with Canada, Dixville Notch has been the first town to vote in New Hampshire since 1960. The number of eligible voters in the town has fluctuated over the years and this year was particularly low with only 9 ballots cast.

In the general election, however, the people of Dixville Notch have been less accurate.

The Dixville Notch ballots will remain some of the few cast in the New Hampshire primary until 6 a.m. Eastern time when the rest of the state opens their voting stations.