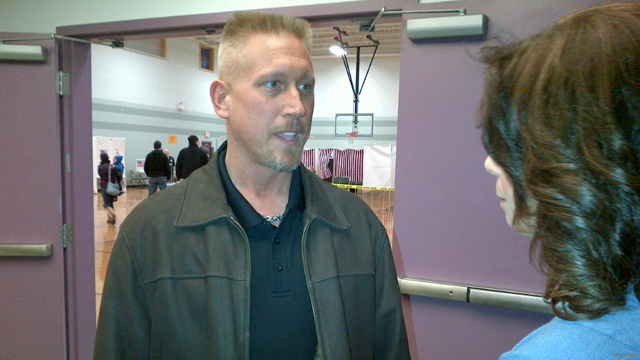 Manchester, New Hampshire (CNN) - Mark Berry works for the New Hampshire state unemployment office so he knows all about the economy's affect on real people.

At his office, that can mean bad news. The unemployment office itself laid off 70 workers at the end of the year.

"If they're laying us off then that means they need fewer people processing forms and all that," he said. "It could also be a reflection of the state's budget but you can tell that some people are getting hired, though it's hired in part time jobs."

When he went out to vote in the primary in Nashua, New Hampshire he was undecided about the candidates. He figured Romney was going to win, but he said he feels like he is too much of insider and thought voting for Paul was a great way to make his dissatisfaction with partisan politics known. He wants change, he said, but not the kind of change Obama ended up pursuing. He ended up voting for Ron Paul.

"My vote was sort of a protest vote," he said. "It was a comment. I don't like a lot of his military position of bringing all the troops home. But I like that he is not partisan."