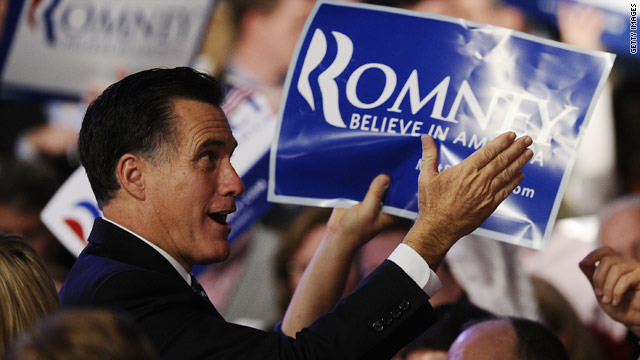 South Carolina in spotlight after Romney win in N.H.

Manchester, New Hampshire (CNN) - The race for the Republican presidential nomination headed south Wednesday, one day after a resounding New Hampshire primary win for Mitt Romney that left the rest of the GOP field scrambling to catch the former Massachusetts governor.

South Carolina is next on the primary calendar; voters there head to the polls January 21. Romney's main rivals are counting on the state's social conservatism and reputation for brass-knuckle political brawls to slow the former governor's momentum. The Palmetto State has picked the winner of every GOP nomination fight since 1980.