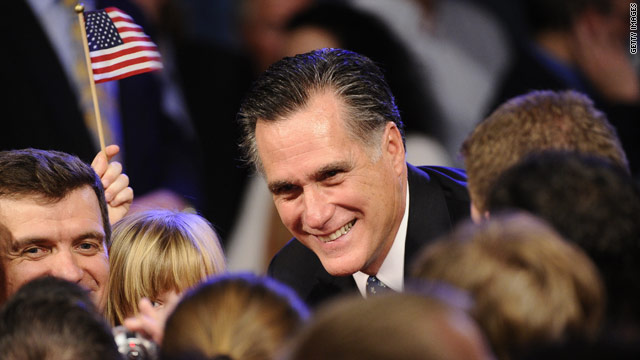 Romney brings in $24 million the past three months

The campaign said they raised $24 million the past three months, bringing to $56 million the amount they've brought in since the start of the 2012 presidential election cycle.

They also reported having $19 million cash on hand as of January 1, and pointed out the candidate, a multi-millionaire, did not make a personal loan or contribution to his campaign during the fourth quarter.

"Mitt Romney's growing financial support is representative of the growing momentum for our campaign. In order to defeat President Obama in November, we will need this continued strong showing of support. Mitt Romney, the campaign, and his supporters will continue the hard work of reaching out to supporters and spreading Mitt Romney's pro-growth message to get our country on the right track again," said Romney for President National Finance Chairman Spencer Zwick, in a statement.

Romney leads his rivals for the GOP nomination when it comes to campaign cash but trails President Barack Obama in the money race.