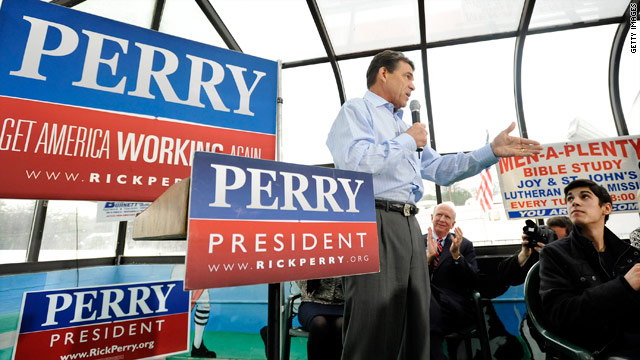 Columbia, South Carolina (CNN) – With the Republican presidential race now moving to South Carolina, party activists here are in the final stages of organizing a candidate forum to be held Friday evening in the conservative stronghold of Spartanburg County, CNN has learned.

The forum is being sponsored by the Greenville and Spartanburg County Republican parties, two of the largest county party organizations in the state.

South Carolina Reps. Trey Gowdy and Jeff Duncan - two freshman House members who represent the area in Congress - will moderate the event, expected to draw at least 500 people to a high school gym in the town of Duncan.

The event will be broadcast on the conservative radio station WORD and is loosely styled after a forum hosted by Sen. Jim DeMint in September.

Candidates will be asked two questions each by Gowdy and Duncan, and will then have ten minutes to address the audience.

The Greenville-Spartanburg metro area is the population center of the heavily evangelical upstate, which delivered big margins to Mike Huckabee in the 2008 South Carolina primary.

Though the upstate is home to many Christian conservatives who may be skeptical of GOP frontrunner Romney given his evolving positions on social issues, the region is also a prominent business hub and host to several major companies, including Michelin and BMW.

That should be reason enough for Romney to participate in the forum, Ryggs told CNN.

"He can still play in the upstate if he would come here," she said. "I think right now the economy and jobs is probably the number one issue, and it's going to remain that way. Romney is a businessman and he is seen and being strong on the economy. If he made a play here, he can at least stand a chance."