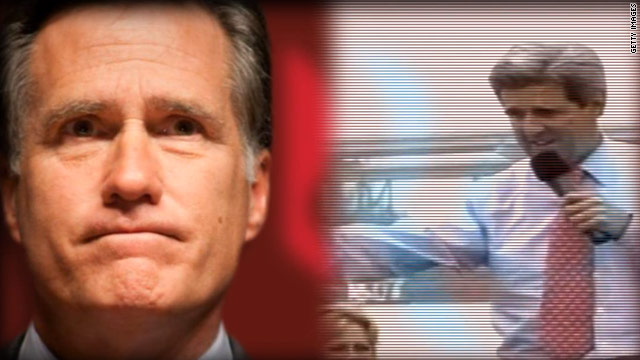 Republican Mitt Romney and Democrat John Kerry may not agree on much, but a new web video by Romney's rival Newt Gingrich aligns the two, right down to their shared command of French.

"Bonjour, je m'appelle Mitt Romney," the former Massachusetts governor says in the web spot, produced by the former House speaker's campaign. Romney lived in France as a Mormon missionary in his college years.

The web ad, posted to YouTube Thursday, shows Romney as the next in a line of Massachusetts politicians who make conservatives' stomachs turn.

In the 2008 campaign, Republicans criticized Massachusetts Senator Kerry, then the Democrats' presidential nominee, for his fluency in the romance language. In the era when "freedom fries" replaced "French fries" as a political statement, some unfavorably perceived Kerry as "too French."