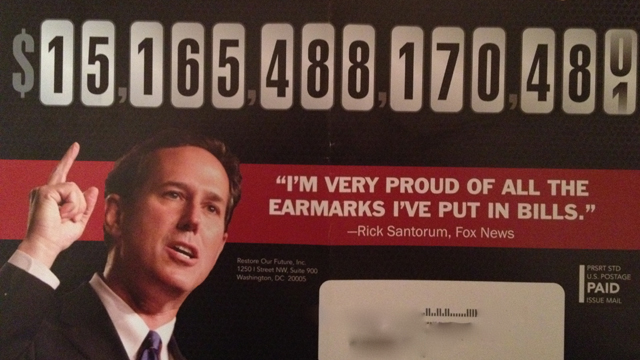 The two-sided postcard, provided to CNN by a GOP voter who received it, casts Santorum as a serial earmarker who helped drive up federal deficits while serving in the Senate.

"Thanks to wasteful spending by politicians like Rick Santorum, the U.S. national debt is over $15 trillion and climbing," the mailer blares.

"America can no longer afford politicians like Rick Santorum," it reads. "Say no to Rick Santorum and his big-spending ways."