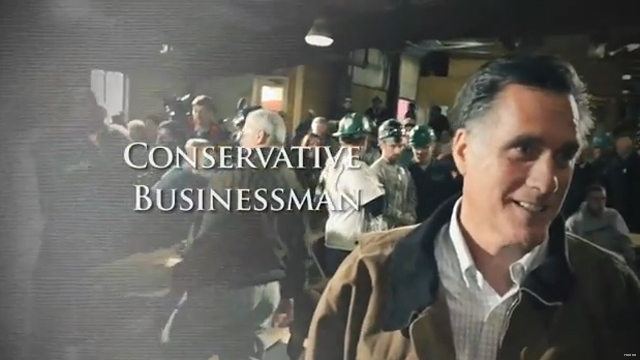 Romney's work at a private equity firm has become a target of GOP opponents Rick Perry and Newt Gingrich, who have charged Romney enriched himself by shedding American jobs.

"We expected the Obama administration to put free markets on trial," the Romney ad said. "But as the Wall Street Journal said, Mr. Romney's GOP opponents are embarrassing themselves by taking the Obama line."

Speaking with reporters Thursday, Romney said those companies, along with another - Bright Horizons Children's Centers - created more then 100,000 jobs.

He acknowledged some companies his firm invested in had lost jobs, but said the losses totaled "a few thousand."

"In each case where there was job loss there was an effort on the part of the management team to try and preserve the business so it had a brighter future," Romney said Thursday. "That's why that happens, is to try and make the business more successful and give it an ongoing future. But the net of the two is pretty clearly well over 100,000 jobs."