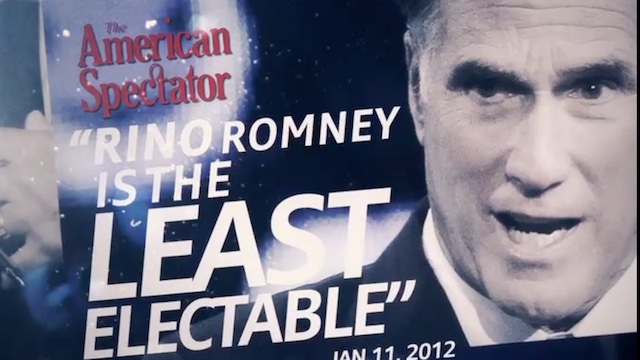 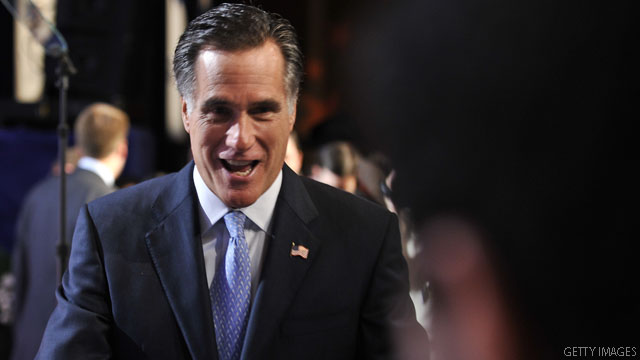 An aide said the GOP candidate gave the supporter "what he had on him" - about $50 or $60.
END_OF_DOCUMENT_TOKEN_TO_BE_REPLACED 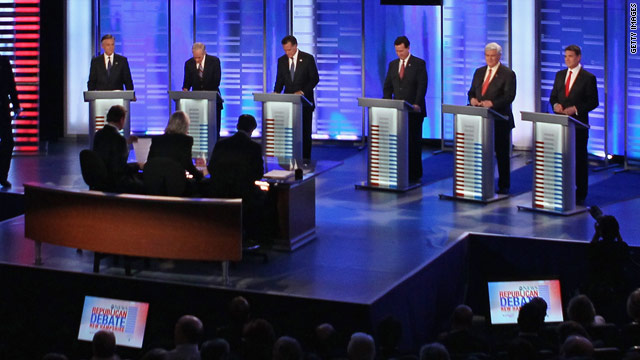 "I don't think this thing has been anywhere close to being nailed down yet, and probably not until the voter actually goes into the booth and casts his vote. Everything is up for grabs, in my estimation," Jones told CNN Chief Political Correspondent Candy Crowley.
END_OF_DOCUMENT_TOKEN_TO_BE_REPLACED 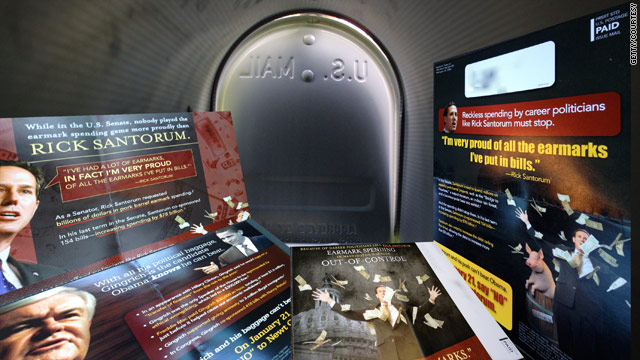 But the group has also stepped up its direct-mail campaign against the two Republicans in the past 48 hours.
END_OF_DOCUMENT_TOKEN_TO_BE_REPLACED

Charleston, South Carolina (CNN) - Just one hour before heading into the Sottile Theater at the College of Charleston to host a presidential forum for South Carolina voters, Republican Congressman Tim Scott told reporters that he still hasn’t decided who he’s going to vote for –let alone who he might endorse.

“My goal is really not to figure out Romney versus the anti-Romney, which is what’s shaping up,” Scott said, before laying four specific qualities – character, competency, values and faith – that will ultimately shape his decision. “Those four qualities, I’m going to sit down and create a little matrix for myself and come to a decision in the next few days.”
END_OF_DOCUMENT_TOKEN_TO_BE_REPLACED 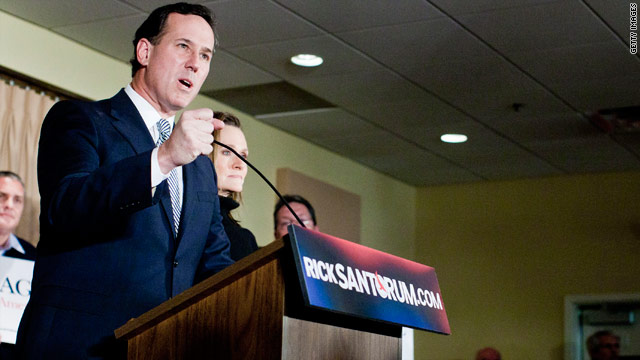 The group heard pitches from surrogates for Republican candidates on Friday, and voted to support Santorum after voting on Saturday.
END_OF_DOCUMENT_TOKEN_TO_BE_REPLACED 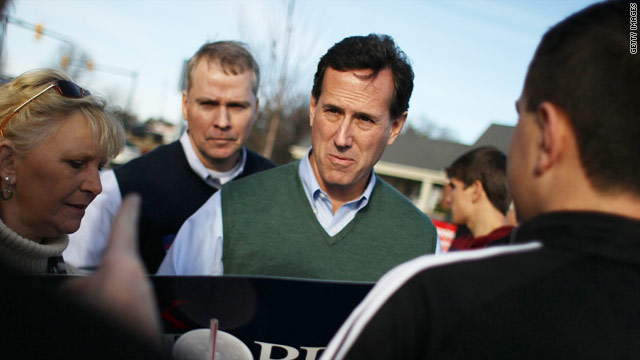 Greenville, South Carolina (CNN) - Rick Santorum delivered a stark warning to South Carolina voters Saturday, telling them Mitt Romney is a sure loser in November if he becomes the Republican presidential nominee.

"Don't buy all this baloney that we need a moderate to win," Santorum told about 200 people gathered at Tommy's Country Ham House in Greenville. "We need someone with strong core convictions who is going to appeal to the voters in the states we need to win and that's not him. That's us."
END_OF_DOCUMENT_TOKEN_TO_BE_REPLACED

UPDATE: Gregg Phillips, managing director for Winning our Future, responded to Gingrich's request by writing an open letter to Mitt Romney, asking the candidate to answer five questions about his time at Bain.

Phillips writes, "We will agree to revise our ads and/or the video to reflect any errors that may be present in the current version of the video. To do this, however, we respectfully request you answer a few questions that might help guide our review."

The questions for Romney revolve around the timing of his departure from Bain. Phillips asks: "When did you leave Bain for good – full time or part time? When did you relinquish controlling interest in Bain, any Bain projects or Bain funds? When did you resign as the CEO? When was the last Bain document submitted to the government denoting you as an executive at Bain? When did you receive the final check from Bain for any investment in which you had and interest?"

(CNN) – Republican presidential candidate Newt Gingrich called on the super PAC supporting his candidacy to remove inaccuracies in an ad and video, or pull the two off the air, but failed to cite any specific errors in the spots.

"Winning Our Future," the super PAC supporting the former House speaker is currently airing an ad in South Carolina, which features clips from the longer movie, "King of Bain." The nearly half hour video criticizes rival GOP hopeful Mitt Romney over his history as CEO at Bain Capital.
END_OF_DOCUMENT_TOKEN_TO_BE_REPLACED

The president, echoing comments he made Friday, said he would replace the Commerce Department, rearrange lower-tier agencies and elevate the Small Business Administration to a Cabinet-level post.
END_OF_DOCUMENT_TOKEN_TO_BE_REPLACED