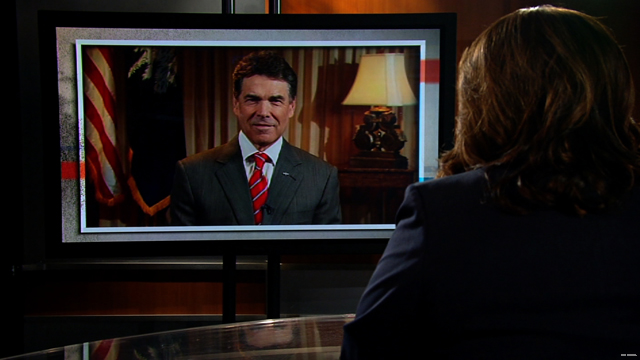 In an interview Sunday on CNN's "State of the Union," the Republican presidential candidate said the Obama administration over-reacted to the incident by talking about possible criminal charges and speaking with what he called "disdain" about the U.S. military.

"When you're 18 or 19, you do dumb things. These kids made a mistake, there's not any doubt about it," Perry told CNN Chief Political Correspondent Candy Crowley.

Perry said the Marines involved should be reprimanded and "appropriately punished," but added that "the idea that this administration would go after these young people for a criminal act, I think it is over the top."

However, Republican Sen. John McCain, who has endorsed Mitt Romney for president, said Sunday he has no problems with the current administration's handling of the incident.

"A full and complete investigation is entirely appropriate," the former 2008 GOP presidential nominee said on CNN's "State of the Union."

Perry also kept up his criticism of frontrunner Mitt Romney's experience as a venture capitalist, saying the issue needed to be raised now rather than later.

While using less combative language Sunday, Perry reiterated his accusation that Bain Capital "came in and basically shut down" a Georgetown steel mill, taking away "a lot of money in management fees."

"The issue's not going away," he said. "Now's the time to talk about it, not in September and October."