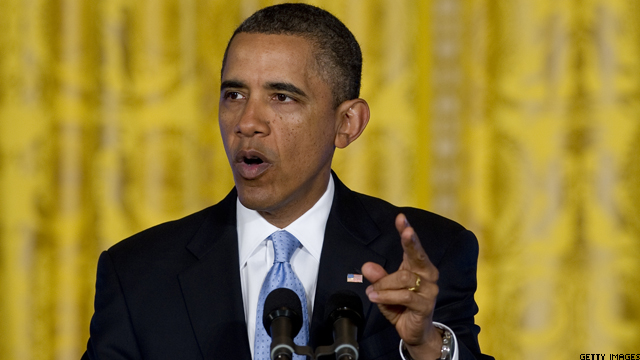 Washington (CNN) - The number of Americans who say economic conditions in the country are "very poor" has dropped dramatically, according to a new national survey.

But according to a CNN/ORC International poll released Monday, most of those people switched from describing the economy as "very poor" to "somewhat poor." The survey also indicates there's been little change in President Barack Obama's approval rating.

Thirty-eight percent of people questioned say the economy is in "very poor" shape, down 13 points from November. But the number of Americans who describe the economy as "somewhat poor" has risen eight points, from 34% in November to 42% now. As a result, eight in ten continue to say the economy's in poor shape. According to the survey, just 18% rate the economy as "good."

"The change was most dramatic in the suburbs, where most elections are won or lost,'" says CNN Polling Director Keating Holland. "In November, 63% of suburbanites said the economy was very poor. Now that number has dropped 23 points."

According to the survey, 47% now approve of how Obama is handling his job, essentially unchanged since mid-December, when it was 49%. Fifty-one percent disapprove, up three points from last month.