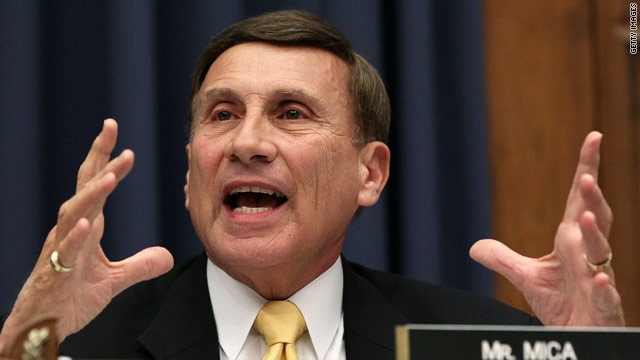 Mica represents Florida's seventh district, which includes Republican-leaning suburbs between Orlando and Daytona Beach. He serves as the chairman of the House Transportation and Infrastructure Committee.

In a statement announcing his support, Mica said he did not normally offer endorsements in Republican primaries.

"It has not been my practice to endorse candidates in primary elections, but as I look at the direction our country has been taken under this President, I worry for our children and our grandchildren about our future," Mica said. "And, as I look at the field of candidates in this election, no one matches the outstanding business and elected executive credentials of Mitt Romney."

Romney said Mica shared his economic vision for the country.

"I am honored to have earned Congressman Mica's trust and support," said Mitt Romney. "Like me, Congressman Mica understands that we need to cut spending, reduce government regulations and lower taxes to spur economic growth. With his help, I am confident we can spread this message across Florida and defeat President Obama in November 2012."