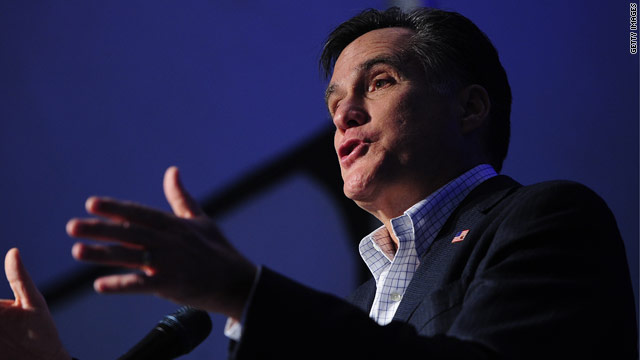 Romney well ahead in Florida, according to new poll

(CNN) – Mitt Romney's attention may currently be on South Carolina, but a poll released Monday shows the former Massachusetts governor running well ahead of his rivals in Florida.

Romney had the backing of 42% of likely Florida Republican primary voters in the poll from the American Research Group. That was well ahead of his closest competitor Newt Gingrich, who was at 25%. Florida's January 31 primary is the site of the next battle after Saturday's South Carolina contest.

The poll from ARG was taken January 13-15, when results from New Hampshire's primary were known. Romney won New Hampshire decisively, with 39% of the vote.

A poll from Quinnipiac University taken before the New Hampshire primary also showed Romney leading in Florida at 36%. In that poll, Gingrich was at 24%.

Both polls show a sharp drop in Florida since November, when Gingrich surged ahead of the pack. An ARG survey then showed 50% of Florida Republican voters backing Gingrich.

The former House speaker has since been the subject of scathing attack ads from an independent organization supporting Romney, and suffered disappointing results in the Iowa caucuses and the New Hampshire primary.

Other candidates in the GOP race all polled in the single digits in the new ARG poll. Rick Santorum was at 9%, Ron Paul was at 8%, and Rick Perry stood at 3%.

Former Utah Gov. Jon Huntsman, who announced Monday he was dropping his bid for the White House, was at 5% in Florida, according to the ARG poll.

ARG polled 600 likely Republican voters by telephone from January 13-15. The sampling error was plus or minus 4 percentage points.