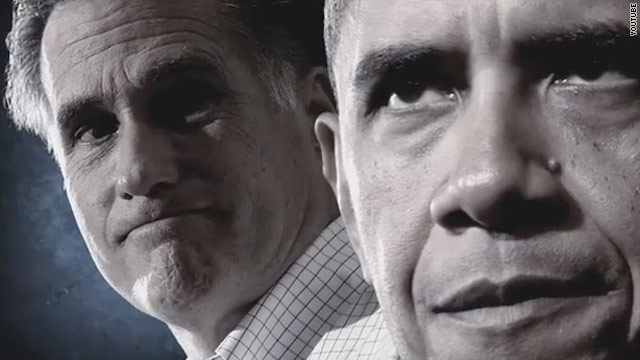 Santorum ad paints Romney and Obama as the same

The 30-second spot, set to begin airing statewide in South Carolina on Wednesday, pairs Romney with the president on a number of issues, including federal bailouts and health care reform.

"Obama supported the Wall Street bailouts. So did Romney," the narrator says, as images of Romney and Obama float next to each other on screen. "Obama gave us radical Obamacare... that was based on Romneycare."

The commercial, pointing to Obama's liberal positions on social issues, also referenced Romney's 1994 Massachusetts Senate run against Ted Kennedy, in which the Republican took a more moderate stance on abortion than he does now.

As the ad ends, the narrators asks: "Why would we ever vote for someone who is just like Obama? When we can unite around someone like Rick Santorum and beat Obama."

The spot, "Easy Answer," reflects the tone of Santorum's campaign in South Carolina, where the candidate has largely focused on contrasting his record with that of Romney rather than attack other candidates in the race.

"Unlike Governor Romney, Rick Santorum will put his name behind the ad rather than relying on his SuperPAC friends to do his dirty work," the campaign said in a statement.

The Palmetto State holds the first-in-the-South primary on January 21.

- CNN's Jim Acosta and Ashley Killough contributed to this report.