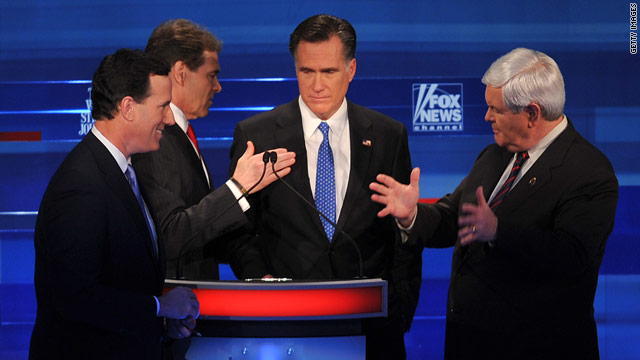 (CNN) - CNN's Truth Squad fact-checked some of the assertions made by Republicans candidates during Monday's Fox News/Wall Street Journal debate.