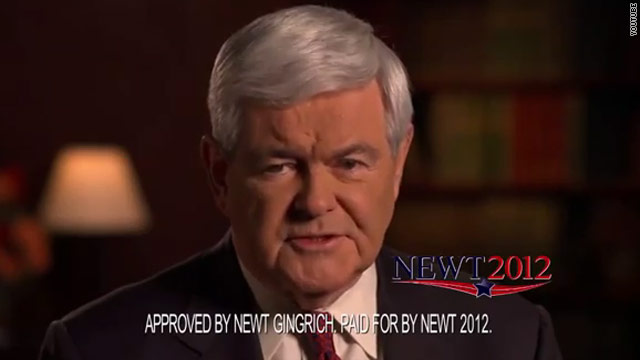 The 30-second spot, called "The Moment," will run in the Palmetto State beginning Tuesday night, four days ahead of the hotly-anticipated first-in-the-South primary on Saturday.

A narrator begins by saying, "Only Newt Gingrich can beat Obama."

"More people have been put on food stamps by Barack Obama than any president in history," Gingrich says.

He continues, "I believe every American of every background has been endowed by their Creator with the right to pursue happiness and if that makes liberals unhappy I'm going to continue to find ways to help poor people learn how to get a job, learn how to get a better job, and learn some day to own the job."

The audience at Monday's debate gave Gingrich a standing ovation for those remarks, a first in the 2012 primary election season.

"On the campaign trail today in Myrtle Beach, Florence, Columbia and Aiken, the buzz and momentum are clearly with Newt Gingrich as he consolidates conservative support around him," Gingrich spokesman R.C. Hammond wrote.