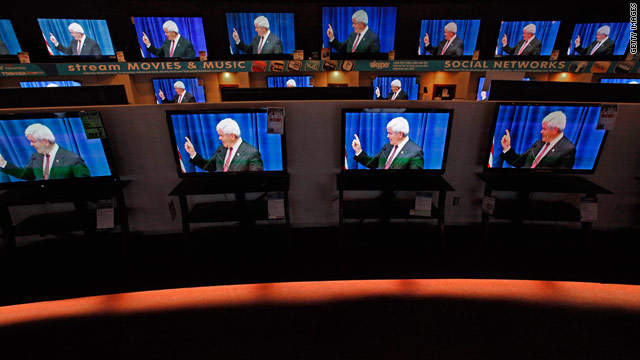 (CNN) - Super PACs, the vehicle of choice for outside group spending in the 2012 presidential election, so far have spent at least $6 million on the upcoming South Carolina Republican presidential primary and more than $26 million overall in an effort to influence the outcome of the race for the White House, according to federal campaign records.

So-called super PACs, which were created following a pair of federal court decisions in 2010, are permitted to receive unlimited campaign contributions from corporations, labor unions, and wealthy individual donors. Traditional federal political action committees and candidate campaign committees may only receive limited contributions from individuals, political parties, and other political action committees. Under federal law, candidates and super PACs are not permitted to coordinate campaign activity.

Super PACs made their campaign debut in the 2010 midterm elections, when they collectively spent $390 million.

Like other federally regulated committees, super PACs are required to regularly disclose their donors, but the most active committees of the 2012 campaign are not required to file their first disclosure report until the end of the month.

Topping the list of big-spending super PACs is Restore Our Future, which is run by supporters of former Massachusetts Gov. Mitt Romney. The group has invested at least $7.8 million in the Republican primary contest as of last Friday, almost all of it on television ads and direct mail in Iowa, South Carolina and Florida attacking former House Speaker Newt Gingrich. Restore Our Future has also spent just over $100,000 in positive ads about Romney in South Carolina, and another $30,000 to produce television ads attacking former Pennsylvania Sen. Rick Santorum in South Carolina and Florida.

A group supporting Gingrich, Winning our Future, is the second-highest spending presidential super PAC with $4.3 million spent since just before Christmas. Prior to the Iowa caucuses on January 3, the pro-Gingrich super PAC spent $1.5 million on television, radio, and internet advertising, email outreach and phone banking in support of the former Speaker. After a $3.4 million negative ad and direct mail blitz in Iowa from the pro-Romney super PAC, Gingrich placed fourth in the caucuses. The pro-Gingrich group then switched tactics and has spent at least $2.8 million attacking Romney in South Carolina on television, radio, and online.

Gingrich by far has been the most-attacked presidential candidate by super PACs this campaign cycle. A total of $7.7 million has been spent on various campaign activities advocating against Gingrich's candidacy, and almost all of that amount comes from the pro-Romney Restore Our Future. The second-most attacked candidate, Romney, was the target of $3.2 million in expenditures, almost all of it from the pro-Gingrich super PAC.

Texas Gov. Rick Perry has been the beneficiary of almost $4 million in spending by Make Us Great Again, a super PAC that supports the Lone Star State chief executive. Texas Rep. Ron Paul has the support of at least two super PACs that have spent a combined $3.3 million in activities advocating his presidential bid. One such group, Endorse Liberty, has spent $2.9 million in support of Paul, almost entirely on internet-based advertising. The group also boasts one of the more unusual super PAC spending items so far this campaign: almost $3000 in "costumes" in the days leading up to the Iowa caucuses.