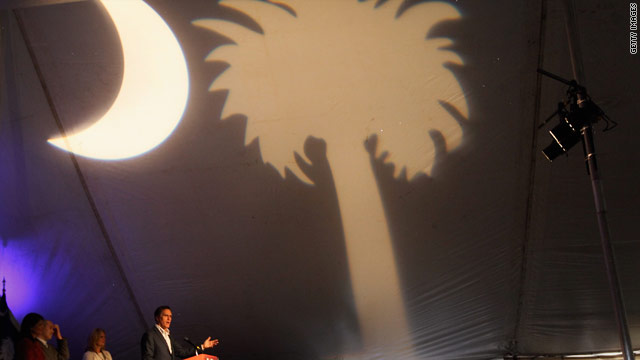 (CNN) - Front-runner Mitt Romney fought back Tuesday against attacks by Republican presidential rivals the night before, defending his revised figure for jobs created by his former venture capital firm and denying that an ad by a super PAC supporting him is inaccurate.

At a brief news conference in Florence, South Carolina, Romney repeated his assertion from Monday night's debate that four companies that Bain Capital invested in under Romney's leadership created 120,000 jobs.