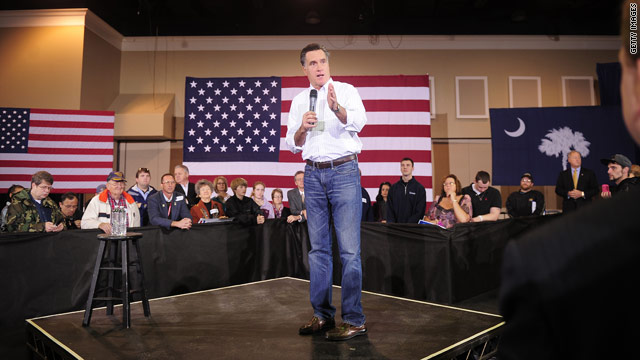 The candidate seemed to acknowledge the optics of a relatively small audience - compared to his previous events in the state - that was dwarfed by the large convention center. He immediately thanked the voters for showing up.

"You guys are great to get up at - what time is it here, 9 o'clock in the morning in Florence?" Romney said. "Gosh, this is a work day, right?"

He planned to answer questions from reporters at a media availability following the rally, then travel to New York for an evening fund-raiser.