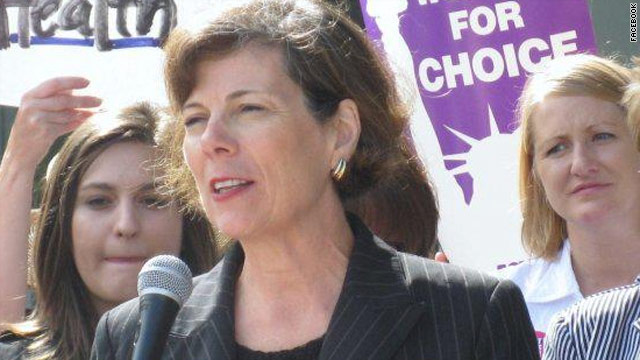 (CNN) - A Democratic challenger to Wisconsin Gov. Scott Walker emerged Wednesday, one day after the Wisconsin Democratic party announced they gathered enough signatures to seek a recall of the first-term Republican.

Kathleen Falk, a former Dane County executive who ran for governor in 2002, said she would challenge Walker in a recall election. On Tuesday the Wisconsin Democratic Party declared they collected more than a million signatures to recall Walker, who gained national attention when he, along with Republican legislators, pushed legislation restricting state workers' collective bargaining rights.

In a statement, Falk said the Walker gubernatorial administration had been devastating to the state.

"In one year, Scott Walker has torn apart our state: months of job losses, the biggest cuts to education in Wisconsin's history, painful cuts to health care," Falk said. "We face serious challenges that we must solve together but Scott Walker has instead chosen to drive people apart."

She also praised the movement to recall Walker, saying it had "made history."

In a statement, a group supporting Walker reacted to Falk's bid.

"Kathleen Falk's announcement today comes as no surprise, as we have long anticipated she would be the nominee hand-picked by big-government, public employee union bosses," Ciara Matthews, communications director for Friends of Scott Walker, said in the statement.

She continued, "Falk has already lost two statewide elections, failing to earn the trust of Wisconsin voters. Governor Walker's record of success and progress will stand in stark contrast to Falk's intent to take Wisconsin back to the days of record job loss, massive deficits, and double digit tax increases. Falk's record as Dane County executive falls in lockstep with a Madison liberal ideology that is far outside the mainstream of the majority of Wisconsinites."

Falk is the second Democrat to jump into the race. Tim Cullen, a Democratic state senator, published a Facebook page promoting his candidacy. Cullen promises to "draw from experience in the public and private sectors to unite Wisconsin so that we may collectively solve the problems and challenges standing in the path of Lady Forward."