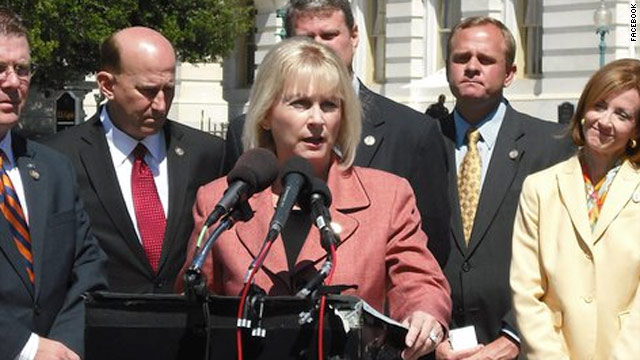 Rep. Sandy Adams said in a statement she was looking for the candidate with the best shot at beating President Barack Obama.

"Floridians are tired of the failed policies of the last three years," Adams said in a statement. "The number one goal for Florida Republicans is to find a candidate who will not only defeat President Obama, but can also put strong conservative principles into action."

Florida holds its primary January 31, and is the next contest after Saturday's closely-watched election in South Carolina. Florida will be the largest state thus far to cast ballots in the 2012 Republican nominating process. The state will also play an important role in November's general election, with a diverse population and a large number of electoral votes at stake.

"Under a President Romney, our country will see a return to policies that create jobs and grow the economy, government spending limited, the principles of our Constitution upheld, and the size of government reduced," Adams said.

Romney praised his newest supporter, saying she was part of a historical congressional class.

"I'm honored to have Congresswoman Sandy Adams' support," Romney said. "As one of the history-making freshmen elected to Congress in 2010, she has been a forceful advocate for less government and empowering small businesses to create lasting economic growth. I look forward to working with Sandy in the months ahead to spread this message to all Floridians."