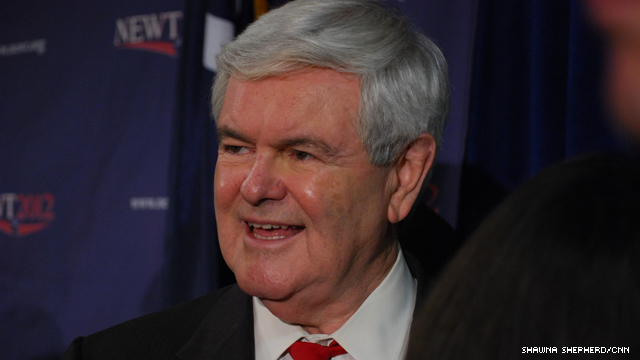 Asked by a reporter if Florida is "definitely a go," the presidential candidate replied: "Oh sure."

Gingrich pointed to comments made Tuesday by Republican political strategist Karl Rove, who suggested the former House speaker move on to compete in the next nominating state even if Romney beats him on Saturday.

After a town hall at Mutt's BBQ in Easley, Gingrich repeated Rove's prediction that Romney won't "just squeak out a victory" in South Carolina.

"Remember there is no poll that shows Romney beating the combination of the three conservatives. None," Gingrich added. "And it's pretty clear as you get down to one conservative that that conservative is going to have a 60-40 advantage, or 65-35 advantage over Romney. "

While a new CNN/Time/ORC International poll indicated 33% of likely South Carolina GOP primary voters would back Romney, 23% said they would support Gingrich.

The former Massachusetts governor's 10-point advantage over the former House speaker is down from a 19-point lead two weeks ago.