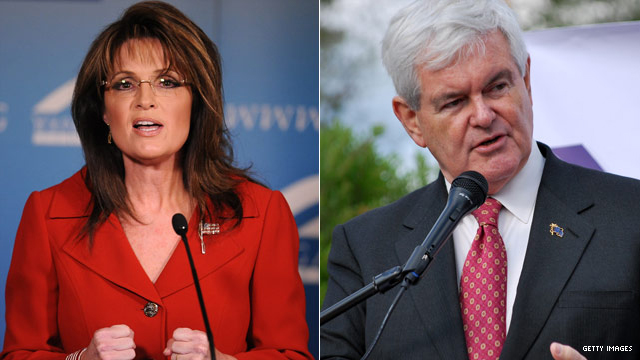 (CNN) - If Newt Gingrich wins the White House in November, the former House speaker said Wednesday Sarah Palin may get a big seat at the table.

"I would ask her to consider taking a major role in the next administration if I'm president, but nothing has been discussed of any kind," Gingrich said on CNN's "The Situation Room with Wolf Blitzer."

His comments came one day after Palin urged South Carolina voters to head to the polls for Gingrich during Saturday's first-in-the-South primary.

She said a win for Gingrich would prolong the Republican primary and allow voters more time to vet the remaining candidates.

Asked if he would consider the 2008 Republican vice presidential nominee to be his own running-mate this time around, Gingrich insisted it was too early to discuss a possible short list.

"Certainly, she's one of the people I'd call on for advice," Gingrich said.