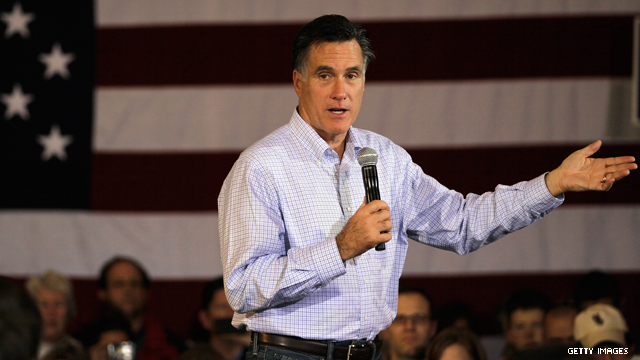 Romney the focus of questions at anti-abortion forum, despite absence

But the missing candidate – Mitt Romney – was nonetheless present in both the moderators’ questions and the answers from the GOP contenders.

Each candidate received an opportunity for opening and closing remarks with roughly 20 minutes of questions in between. During that time, each candidate took his turn reaffirming his belief that life begins at conception, that Planned Parenthood should be de-funded and that as president he would fight abortion at the federal level.

According to the event’s organizers, Romney never responded to their invitation to appear at the forum, and in his absence the moderators asked each of his rivals specific questions pertaining to his record as former governor of Massachusetts-and each vowed to do exactly the opposite.

Rick Perry appeared first on the stage in the large ballroom at the Hilton Greenville Hotel and was asked to compare his anti-abortion record to that of Romney.

“You don't have enough time in here,” Perry joked, before describing a conversation he recently had with his son Griffin about how hard it was to believe Romney genuinely changed his position on such an important issue so late in life.

“It is clear to most of us this was a choice for convenience,” Perry said of Romney’s decision to take an anti-abortion stance after elected governor. “This was a decision that Governor Romney made for a political convenience not an issue of his hear.”

Newt Gingrich took the stage next, where he was quickly asked about Romney’s record of approving gay marriage licenses as governor. Romney has previously defended the action by saying his state’s Supreme Judicial Court forced his hand, but before taking on the issue of judiciary power, Gingrich took a shot at Romney.

“Governor Romney also – after having become pro-life – passed ‘Romneycare’ with taxpayer funded abortion, wrote Planned Parenthood into ‘Romneycare’ with no right-to-life group, his administration approved paying for an abortion clinic for Planned Parenthood with state funds, and he appointed pro-abortion and pro-gay marriage judges to the court,” Gingrich said. “So in terms of who's likely to change Washington, I would say his track record is not only not change, it's in the opposition direction.”

Next came Rick Santorum and Ron Paul, who were also asked questions about Romney’s record–the former about Romney’s passage of a health insurance mandate, and the latter about his failure to insist that an anti-abortion representative serve alongside a representative of Planned Parenthood on a state advisory board.

But rather than take the opportunity to slam the absent frontrunner, both candidates stuck to the substance of the questions.

Ron Paul received the loudest and most raucous response from the conservative crowd, despite his physical absence from the room. Having returned to Washington D.C. to vote against an increase in the nation’s borrowing limit, Paul appeared live via satellite and espoused what could be described as the only slightly nuanced anti-abortion position.

While most candidates promised to oppose abortion in all of its forms at the federal level if elected president, Paul stuck to his consistent preference for a limited federal government and argued abortion decisions should be left up to the states.

“We complain about the federal government all the time – we don’t want ‘Obamacare’ and all these other things – but all of a sudden we think, if they have control of it, they’re going to protect it,” Paul said. “But they ended up getting control in the courts, and they’ve done so much harm. So this is the reason I say that the best protection that we can give is give the right of the states to protect life as they see fit.”