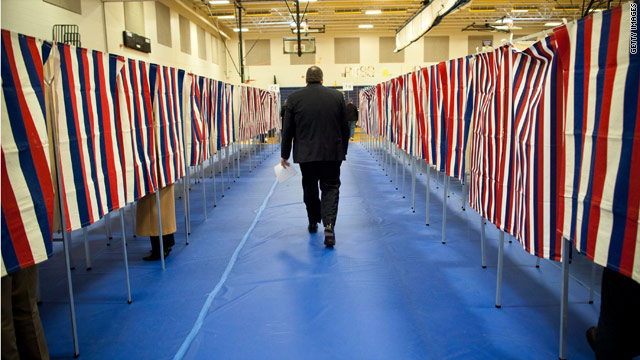 Should felons be allowed to vote?

(CNN) - At Monday's Republican debate in South Carolina, candidates sparred over whether people with felony convictions should be allowed to vote.

Mitt Romney said as governor of Massachusetts, he disagreed: "I think people who committed violent crimes should not be allowed to vote again."

Voting rights advocates say the argument could come up more often in the near future – with 2.3 million people currently incarcerated, states are rethinking whether the court's punishment is enough, or if people who've committed felonies will continue to pay for their crimes through disenfranchisement.