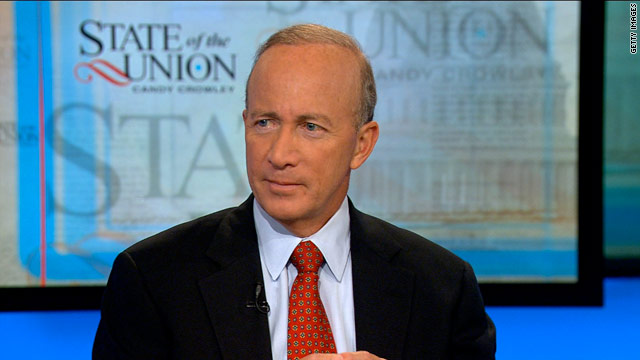 Daniels to offer Republican State of the Union response

Washington (CNN) - Mitch Daniels, the Indiana governor who once considered a presidential bid himself, will deliver the Republican response to President Barack Obama's State of the Union Address on Tuesday, the House speaker's office announced on Thursday.

The high profile, back-to-back addresses come as the Republican race to challenge the president is in full swing. The primetime speech will offer the President an opportunity to advance his message as his reelection effort goes to speed, which began airing ads in six battleground states on Thursday.

A CNN/ORC poll released on Monday shows the President's job approval stands at 47%, and has been in the upper 40% range since the fall of last year. Fifty-one percent of Americans disapprove of how Obama is handling his job.

Daniels was first elected governor of Indiana in 2004 and is currently serving his second term.

"It's an honor to be asked," Daniels said in the press release from the office of House speaker John Boehner. "I hope to do the assignment justice."