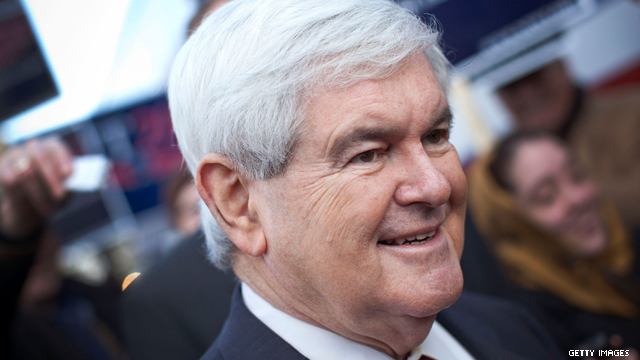 Gingrich receives the Perry endorsement on his bus

Afterwards, Gingrich told hundreds gathered on Beaufort's historic waterfront, "I was very honored and very humbled to have Gov. Perry speak so well about endorsing me."

With polls tightening and the Republican presidential field winnowing, Newt Gingrich continued his plea to conservative voters to coalesce behind him here and at his first campaign stop in Bluffton Thursday morning.

Without mentioning his closest conservative competitor who remains in the race, Rick Santorum, the former speaker made his pitch to Sun City retirement community

"We have several good friends who are running, they're nice people. The only effective conservative vote on Saturday is for Newt Gingrich. I am the only person in the polls close enough to Romney to beat him," Gingrich told the packed auditorium. "And with your help I think we can have a decisive victory to set the stage to go to Florida and finish the job."

Rather than go after his Republican opponents Newt Gingrich directed his attacks at President Barack Obama.

The former speaker criticized the Democratic president for closing part of the Disney World Amusement Park in Orlando in order to hold a town hall. He said the optics won't be good to have Obama on a "phony main street on behalf of a phony president."

Gingrich said he was going to send a letter to Disney to request the use of an area outside of the theme park for him to hold a town hall meeting comparable to Obama's when he campaigns there ahead of the Florida primary.