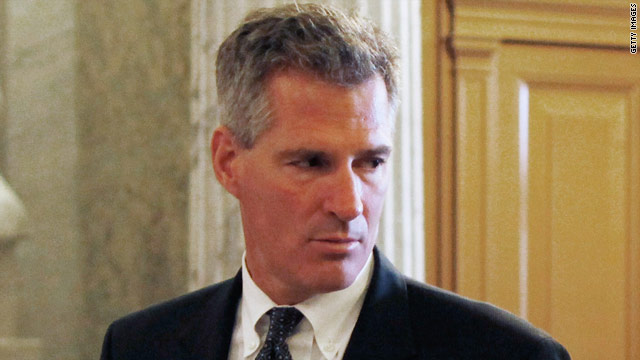 (CNN) - Republican Sen. Scott Brown kicked off his re-election bid Thursday in hopes of keeping the seat he won in the closely-watched Massachusetts special election in 2010.

He's now expected to run in another tight race, this time against likely opponent and Democratic frontrunner Elizabeth Warren, who's already proved to be a strong challenger in recent polls.

"A lot has changed in these two years," Brown said at Mechanics Hall in Worcester. "It is not the establishment's seat. It is not the Democrats' seat. It is still the people's seat – it's your seat. For anyone running, it still has to be earned."

While Brown's campaign officially began Thursday, the Senate race has been well underway for months, as both Brown and Warren have raised considerable amounts of cash for their campaign war chests.

Warren, a Harvard law professor and former adviser to President Barack Obama during the development of the Consumer Financial Protection Bureau, jumped into the race in September.

During his remarks Thursday, Brown said Warren would be a divisive figure in Washington.

"She talks about how she's a, quote, 'rock thrower,' and rather than compromise she prefers to leave 'blood and teeth' on the floor," Brown said. "That sure doesn't sound like the kind of compromise and progress this country needs right now. I'm a bridge builder, not a rock thrower."

While Brown paints himself as a "compromiser," Warren is shaping her campaign as the one fighting for the middle class.

John Walsh, Massachusetts Democratic Party chairman, said that message will go a long with way with voters in the Bay State.

"I don't think Elizabeth Warren would ever be recognized as Wall Street's favorite. I think that will be key to the results," Walsh told CNN.

But the two candidates took an unusual step this week, each pledging to combat third party advertising-a popular force in the 2012 election cycle thus far, including the Massachusetts senate race.

A major player includes the so-called super PAC, an outside group allowed to raise and spend unlimited amounts of money on a candidate as long as it doesn't coordinate with the campaign.

As for the terms of their agreement, however, Brown and Warren remain divided.

Brown proposed that if any outside group spends money on ads that either bolster their candidacies or attack their opponents, then the candidate's campaign will self-impose a "steep financial penalty" and donate to charity an amount equal to half that spent by the outside group.

"No gimmicks, no fine print, no legalese," Brown said in a letter to Warren on Wednesday. "The people of Massachusetts deserve a Senate campaign in which they hear about their candidate from the candidates themselves, not through 30 second attacks ads funded by special interests and shadowy third party groups."

Warren responded later that night and requested that the two campaigns meet in person to discuss the terms of the arrangement, saying a private meeting would be "far more effective than negotiating through the media."

"When they meet, I hope they can go beyond your proposal," Warren said in a letter to the senator.

Because campaigns are legally not allowed to coordinate with super PACS, asking the outside groups to comply with the rules would be prohibited.

In her letter, Warren added the agreement should include a promise from both campaigns to reach out to broadcast outlets in the region, asking them to avoid airing the ads.

"We appreciate the spirit of your letter and proposal and look forward to discussing this further, and importantly, to reaching an agreement," she said.