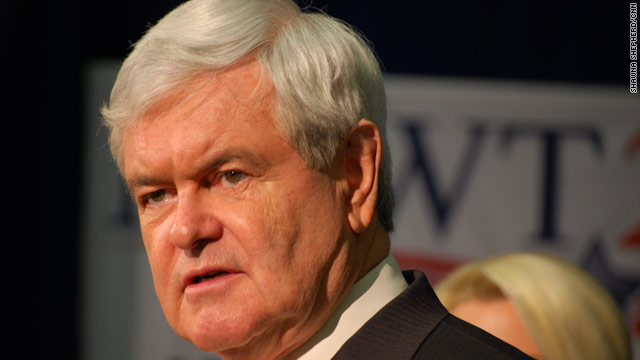 Charleston, South Carolina (CNN) - In what appears to be a last ditch attempt to halt Newt Gingrich's late momentum in South Carolina, a fake CNN Breaking News alert was emailed to state Republican activists early Thursday morning claiming that the former House Speaker pressured his ex-wife to have an abortion.

CNN did not send out the email alert.

It's not clear how many people received the fake email, though at least two members of the South Carolina GOP Executive Committee, who did not want to be named, were among those who found the missive in their inboxes this morning.

Two South Carolina Republicans from different parts of the state independently informed CNN about the email on Friday morning.

The email alert was sent from fake account made to look like a CNN breaking news email address: "BreakingNews@mail.cnn.com."

"A source close to Marianne Gingrich tells CNN that former House Speaker Newt Gingrich forced her to abort a pregnancy conceived during the affair that preceeded her marriage to Gingrich," the fake email reads.

Marianne Gingrich, who went public this week with charges that Gingrich once asked her for an "open marriage" while he was having an extramarital affair, has not made that claim.

"An ABC News interview with the Speaker's ex-wife aired Thursday evening which detailed the candidate's request for an open marriage and their subsequent divorce," the fake email alert adds.