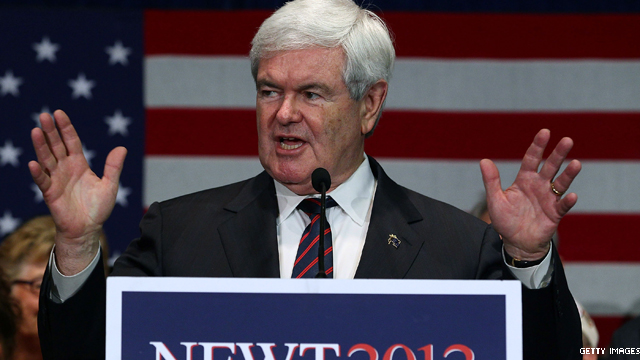 Charleston, South Carolina (CNN) – One of Newt Gingrich's top advisers in South Carolina is all but guaranteeing a Gingrich victory in Saturday's Republican presidential primary.

Richard Quinn, a longtime South Carolina GOP strategist who worked for Jon Huntsman but signed on to advise Gingrich this week, told CNN Friday that the former House speaker will walk away with "between a four and six point plurality win" in the contest.

"There is definite momentum in Newt's direction from the Fox debate on Monday, you can sense it everywhere," Quinn told CNN. He pointed to the roughly 500-person crowd Gingrich drew Friday in the town of Orangeburg, not exactly a GOP stronghold.

Gingrich won a standing ovation and jumped in the polls in that Monday debate after his heated exchange with moderator Juan Williams over one of the candidate's favorite talking points, that President Barack Obama is a "food stamp president."

But Quinn said he was still unsure how Thursday's CNN debate, in which Gingrich ferociously attacked the media for raising questions about his ex-wife, was impacting the South Carolina race in its closing hours.

"It was kind of a big moment in the convention center," he said. "There was a sense in there that he knocked it out of the park in the first five minutes. But I don't know how it played for people in their living rooms."