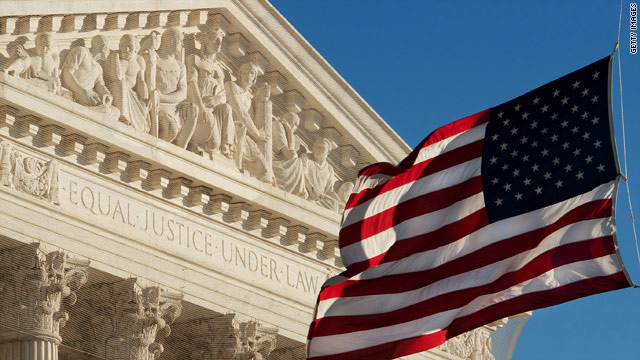 West Virginia's legislative leaders had asked the justices a week ago in an emergency filing to allow the state's new voting district map to stay in place. But the high court on Friday made no decision on the merits, ordering both sides to file more appeals. This puts everything on legal standby until the matter is fully resolved.

By asking for further briefing on the issue, it would appear the new map crafted by the legislature will be used by default at least for this election year, since it would be unlikely the justices could tackle the issue and potentially order any changes before its term effectively ends in late June. The high court gave no indication in its one paragraph order that the state had to delay the ongoing filing and campaigning deadlines for high office, or the scheduled primary.

The state's lawmakers– backed by the state attorney general– said in their time-sensitive appeal that crafting a new map would be time-consuming, expensive, and cause "irreparable harm."

A three-judge federal panel on Jan. 3 concluded the new congressional lines did not provide equal representation among the state's three seats for the U-S House of Representatives. Republicans David McKinley and Shelley Moore Capito hold two of three congressional seats, with Democrat Nick Rahall serving the other. The lower court had given the legislature until Jan. 17 to submit an interim redistricting plan, or the panel said it would craft its own plan.

Some election analysts said the high court's intervention Friday indicated some skepticism of the lower federal court's insistence on "zero variance" in population between the three congressional districts. Decades old Supreme Court precedence has solidified the "one person, one vote" standard to ensure equal voting districts.

West Virginia's congressional redistricting plan was approved by large margins in both the state Senate and the House of Delegates, then signed into law by Democratic Gov. Earl Tomblin. It then became the first plan to be completely rejected by the courts. The legislature had already begun considering drafting a new map, while simultaneously asking for high court intervention.

The state's emergency application went first to Chief Justice John Roberts, who then asked his eight colleagues to weigh in on the request for a stay, which was granted. The state urged the high court to act quickly, since candidate filings had already started last week, even though the congressional boundaries are still in political limbo. The filing deadline is January 28. The party primaries are set for May 8. That schedule is likely to stay in place following the Supreme Court's order.

But the state may have the discretion to hold their primary at a later date as a special election; or use the existing boundaries crafted after the 2000 census; or try to adopt a new plan through the legislature. The state said each of those three options were not workable, and insisted on using the new map.

The West Virginia dispute comes on the heels of a challenge to the map crafted by Texas legislators, which was also rejected by a special federal court. The Supreme Court issued a ruling on that boundary dispute earlier Friday, which could ultimately establish important guidelines for other states like West Virginia wrestling with their own voting district maps.

There are about 30 court cases nationwide dealing with challenges to legislative boundaries.