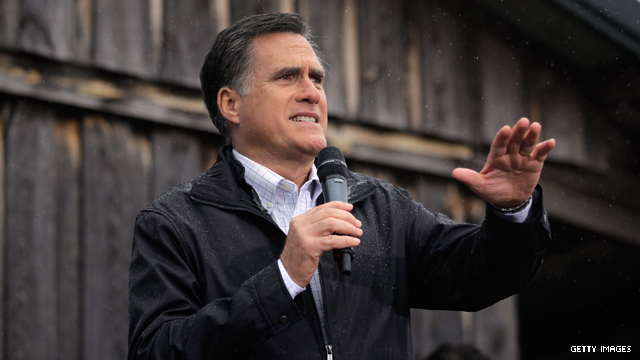 The former Massachusetts governor now has a 10-point lead over Newt Gingrich, a margin down 13 points from Monday.

According to the latest results from Gallup's Daily tracking poll, conducted Sunday through Thursday, 30% of registered Republicans said they would back Romney, whereas 37% said the same earlier in the week.

Meanwhile, Newt Gingrich showed a mild surge during the week, jumping from 14% on Monday to 20% on Friday.

The poll's fluctuation showed the margin between Romney and Gingrich narrowing from 23 points at the beginning of the week to 10 points on Friday, just one day before South Carolina's primary.

While the poll showed the race tightening between Romney and Gingrich, it indicated Rick Santorum staying relatively steady, losing only one percentage point from 14% to 13% over the course of the week.

Rick Perry, meanwhile, made mild gains from 5% to 8%, though the poll was conducted mostly before the Texas governor suspended his campaign Thursday. Texas Rep. Ron Paul saw his numbers rise slightly from 12% to 13%.

Gallup surveyed 1,235 Republicans and Republican-leaning independents by telephone Jan. 15-19, with a sampling error of plus or minus four percentage points.