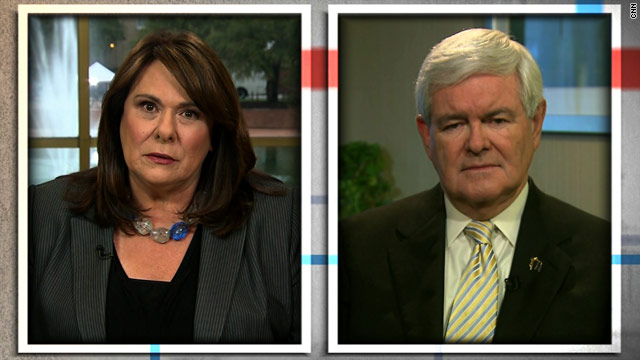 (CNN) - Newt Gingrich offered further explanation Sunday of the 1997 ethics investigation against him that resurfaced in recent days on the presidential campaign trail.

Speaking to CNN Chief Political Correspondent Candy Crowley the day after winning South Carolina’s primary, Gingrich characterized the $300,000 penalty leveled by the House Ethics Committee as reimbursement for the cost of the investigation.

Gingrich also claimed he persuaded fellow Republicans in the House of Representatives to vote “yes” on the ethics charges against him in order to put a swift end to the proceedings. Doing so helped lawmakers move on the balancing the budget, Gingrich said.

“I personally asked House Republicans to vote ‘yes’ because we had to get it behind us to get back to the things that mattered,” Gingrich said on CNN’s “State of the Union.”

According to the nonpartisan fact check group PolitiFact, Gingrich was reprimanded by the House and ordered to pay a $300,000 penalty in 1997 for violating an ethics rule.

The violation originated in a course he taught at Kennesaw State College, which organizers claimed qualified for tax-exempt status, PolitiFact reported. The House Ethics Committee ultimately concluded the course was run to "help in achieving a partisan, political goal,” making it ineligible for tax exemption, according to PolitiFact.

Central to the 1997 investigation was a letter submitted by Gingrich’s lawyers, which the ethics panel deemed inaccurate. Gingrich conceded Sunday the letter was a mistake.

“It was a mistake,” Gingrich said. “So the one mistake I made was signing a letter written by our lawyers, a firm which frankly did me a great disservice. And that's the only thing.”

PolitiFact noted that the charge against Gingrich was an ethics violation, though the $300,000 penalty was considered reimbursement for the ethics committee’s investigation.

On Sunday, Gingrich derided rival Mitt Romney’s calls for him to release documents related to the investigation, saying the former Massachusetts governor was in no position to call for greater transparency.

Romney said Sunday he intends to release his 2010 tax return on Tuesday.