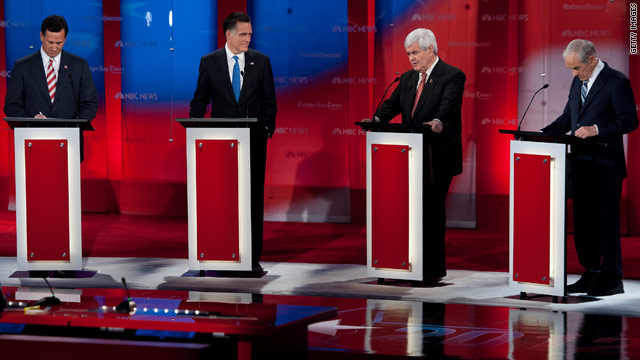 (CNN) - In a spirited Republican presidential debate, Mitt Romney went after his surging conservative rival Newt Gingrich over his record as U.S. House speaker in the 1990s and accused Gingrich of lobbying after getting out of government.

Gingrich angrily denied the lobbying accusation, accusing Romney of lying about the issue and seeming flustered by the persistent attack.