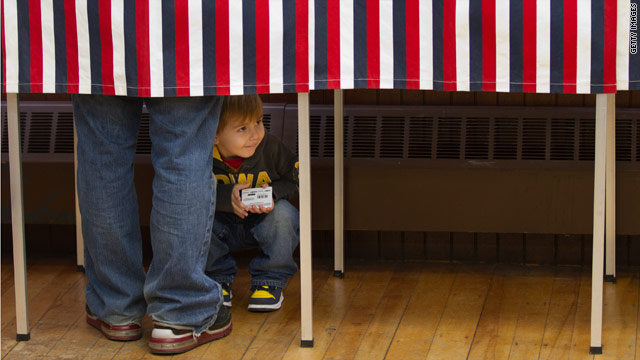 Early voting could be crucial in battle for Florida

Jacksonville, Florida (CNN) - Florida's Republican presidential primary is still six days away, but nearly 400,000 people have already voted. And those votes could swing what is shaping up to be very close contest.

Early voting begin statewide on Saturday, and as of Wednesday morning, 127,389 ballots were cast, according to the Florida Department of State, which runs the division of elections.

But wait, there's more. According to the state, more than 520,000 people have requested and were sent absentee ballots, and as of Wednesday morning 259,691 were received by Florida officials.

It appears the early votes may be helping former Massachusetts Gov. Mitt Romney, who's deadlocked in the newest polls with former House Speaker Newt Gingrich, for the top spot in the battle for the Sunshine State.

According to an American Research Group survey released Wednesday, 17% of likely primary voters say they had already voted by absentee ballot or early voting. Of this group, the survey indicates Romney leads Gingrich 51% to 39%. Among the 83% who say they haven't voted yet, Romney holds a 39%-33% margin over Gingrich

If Florida's January 31 primary turns out to be a very close contest, absentee and early voting could be the deciding factor. At stake: 50 delegates, the biggest catch so far. And it's winner take all in Florida.

"I wouldn't be surprised if Romney captured half of the early absentee votes, because he has a campaign machine to produce them and none of his rivals for the GOP nomination can match him," says Alex Castellanos, a GOP strategist and CNN contributor.

"It may mean that Mitt Romney gets an extra quarter to play for that Gingrich won't, that Romney's won the fifth quarter," adds Castellanos, who was a top media adviser for Romney's 2008 nomination bid but who is not taking sides this cycle.

Overall, nearly 1.95 million people voted in the 2008 Florida GOP primary. There are currently more than four million registered Republicans in Florida, according to state officials.