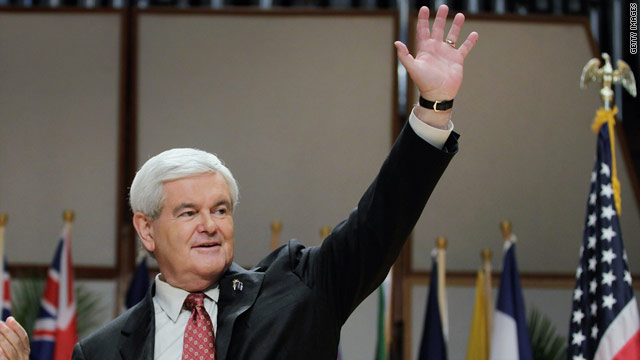 Univision anchor Jorge Ramos asked the former House speaker about his role in the impeachment proceedings against President Bill Clinton in the late 1990s when he was engaged in an extra-marital affair.

"People think that's hypocritical to criticize President Clinton for doing the same thing that you were doing at the same time," Ramos said to Gingrich at the forum sponsored by Univision Network, U.S. Hispanic Chamber of Commerce, and Miami Dade College.

"I didn't do the same thing. I have never lied under oath. I have never committed perjury. I have never been involved in a felony. He was," the former speaker said, referring to the allegations of perjury involving the Paula Jones sexual harassment civil case and Clinton's affair with Monica Lewinsky.

Gingrich added, "The fact is I've been through two divorces. I have been deposed both times under oath. Both times I told the truth in the deposition because I know that it is – and I'm not a lawyer – I know it's a felony."

In a March 2007 interview with James Dobson of Focus on the Family, Gingrich talked openly about what he was going through personally when he was going after Clinton for his personal transgressions.

"And I drew a line in my mind and again, our listeners may not agree with me. But I drew a line in my mind that said, even though I run the risk of being deeply embarrassed, and even though at a purely personal level I am not rendering judgment on another human being, as a leader of the government trying to uphold the rule of law, I have no choice except to move forward and say that you cannot accept felonies and you cannot accept perjury in your highest officials."

Further speculation about Gingrich's personal past was fueled last week when ABC News aired an interview with his ex-wife, Marianne, who alleged the former speaker proposed an open marriage. Gingrich has lambasted the media while staunchly denying the claim.

Ramos pressed, "Isn't that a fair question about your character?"

"Sure, and the answer is it's not true," Gingrich said. "Did I blame you for asking? No."

"The CNN commentator decided to make it the first question on a national presidential debate. And I thought to myself we got unemployment, we have immigration, we have Afghanistan, we have the price of energy, we have housing problems," Gingrich said. "And these guys think this kind of trash ought to be the first question of the national presidential debate? By the way the audience agreed with me entirely."